World Cuisine - Best Food in the World by Country

Food, food..glorious food! Ain’t it always a delight to talk about food? What could be more wonderful than exploring the best grubs around the world. Read on to get a taste of mouth watering delights famous all over the world. Take a culinary trip to Paris, Singapore, London, Hong Kong, and Dublin. Bon appetit! Food is a global phenomenon. It builds bridges and fills gaps between cultures but in some bizarre cases it even leads to wars. History has lived through many wars where food has been the bone of contention. It may sound stupid but it’s true.

The famous ‘Pig War’ of 1859 between the British and American forces stationed at the San Juan islands is a befitting example. It might have been this very reason why Neil Gaiman gave the famous quote in Good Omens, “Civilisation is two meals and 24-hours away from barbarism.” Whatever be the history revolving around food, a piping hot bowl of the humble soup will always be comforting to the soul.
In terms of cuisine and savoury dishes there are many places to discover and devour around the world.

The top three cities of the world to experience food are Paris, Singapore and London. Here’s why:

Paris
Paris, the City of Lights is the enchanting capital of France. The history of the French cuisine is rooted in medieval times. From the onset of the French revolution to the time when the aristocrats fled France, the culinary arena of France grew from the peasant way of living to fine dining.
It was Auguste Escoffier who gave French haute cuisine its definite structure and flavour. Much like the intricacies of an English theatre there were different parts associated to French fine dining and each part was played by a Chef. Cold dishes were handled by a Garde manger, the Entremettier took care of the sauces and veggies, a Rotisseur overlooked the preparation of roasts and grills and a Patissier handled the pastries and deserts.
With such a detailed history of cuisine and food, it won’t be wrong to term France as the culinary capital of the world. There’s no dearth of good places to eat in Paris. The crispy notes of a freshly baked bread or baguette hums straight on the heartstrings. The best place to nibble off on the French baguette is the Gilles Levaslot, Le Grenier a Pain or Au Levain d’Antan in Res des Abbesses. Dig into the succulent pieces of flavoursome Duck Confit at La Fontaine de Mars at Saint Dominique or Le Petit Canard at Henry Monnier.
For the pastry lovers the whiff of crispy croissant from a French Bakery spells magic and for the sweet toothed kind soufflé is the buzzword. Le Soufflé at Mont Thabor and Le Recamier at Recamier are the best places to get your dose of these light clouds of sinful sweetness dusted with a little snowfall of sugar.

Singapore
Influenced by a diverse cultural bonhomie, Singapore is effervescent with a rich tradition where food rules. Rice, noodles and Seafood are juxtaposed with a multifaceted cuisine influence that spells Asian, Malay, Chinese and European as its essence. The street food scene in Singapore is fresh and offers a nonchalant way of enjoying its culinary delights.
The best foods in Singapore are undoubtedly the traditional ones like the Fried Carrot Cake stalls at Kensington Park, the softly steamed Dim Sums at Jalan Besar, Sims Ave and Chinatown, or the Oyster Omelette at Serangoon. The Kaya toast is a Singaporean breakfast staple. The best places to grab a bite are Killiney Road, East Coast road, Hong Lim Green Community Centre and the Far East Square. For a more savoury experience, try a bowlful of Laksa and Chilli Crabs. The Queensway Shopping Centre, East Coast Road and Jalan Berseh offer a great fair of Laksa. Geylang, East Coast Parkway, Casuarina are the best places to hunt down a hot bowl of Chilli Crab.

London
Somewhere in the middle of Chicken Tikka Masala and a traditional Roast dinner, London has absorbed many distinct flavours. The Romans, Vikings, and the Normans, have all together played a vital role in defining British Cuisine as it stands today. A multicultural potpourri of cuisines and cultures thrives in the lanes of this part of Great Britain.
London has now become the culinary capital of the world. It houses more Michelin starred restaurants than France. Some dishes will always be a British favourite. Nothing beats a crispy assortment of Fish and Chips. Grab the good old plate of this English staple at Poppy’s in Shoreditch, Spitalfields or Camden.
Britain’s love for a savoury Beef Wellington can never be overlooked. Named after the Duke of Wellington after he defeated Napoleon in the battle of Waterloo, the dish is a national treasure of sorts. To get spoonful’s of this indulgent dish, head to Bob Bob Ricard in Mayfair or to the good old Smith of Smithfield in Farringdon.
Head to Aside in Peckham to grab crispy fluffs of Yorkshire Puddings with a hearty Sunday Roast or run to the lady Abercorn Pub and Kitchen for a bottomless version of your favourite puffy crisps full of goodness.

Hong Kong
Hong Kong cuisine has a wide Chinese influence on its taste, and texture. The skyline of the city is a sight for the sore eyes at night. Between the twinkling skyscrapers and the ambitious metropolitans, the busy streets of the city offer the best food fairs which celebrate the intermingling of Cantonese and Chinese cuisines.
Nothing can beat the savoury sight of a perfectly Roasted Goose hanging from the iron bars in the local street side restaurants of Hong Kong. Some of the best places that specialise in this delectable dish are Yue Kee, the Mandarin restaurant in Ting Kau, the Yak Lau restaurant in Central and the Kam’s Roast Goose in Wan Chai.
There is a popular culture of drinking traditional Chinese tea called Yum Cha in Hong Kong. The hot sips of yum cha are accompanied with soft delectable steamed wontons or dim sums. These little tasty nibbles could either be filled with veggies or with juicy pieces of meat which could either be Chicken, Duck or Pork served along with a heady broth.
The most famous wontons are the Schuan-styled. To experience the best wontons in Hong Kong head to Lokcha Tea House in Hong Kong Park, the Lin Heung Tea House in Sheung Wan, the Clipper Lounge or the Luk Yu Tea House in Central.

Dublin
The moment Ireland crosses your mind, the warm and welcoming smell of a hearty Irish Stew starts playing with your culinary senses. The breezy notes of Celtic music paired with Irish stews and soups usher you into a delightful gastronomic extravaganza that’s unbeatable.
The wholesome Irish cuisine is a symbol of its rich culture and heritage. It has been fortified with abundant produce of the pastures and the seaside of the Ireland countryside since ancient times. The Irish are crazy about their Corned Beef and the fluffy Soda Bread. The Champ is a popular potato dish and another Irish favourite is the Colcannon which is prepared with potato and Cabbage.
The best places to enjoy an Irish grub with a hearty pint of beer are O’Neills Pub n kitchen at Suffolk Street, The Quays Irish Restaurant at Temple bar and the Old Storehouse bar at Crown Alley. 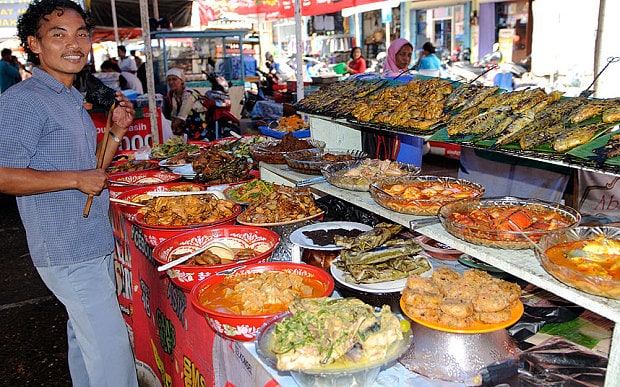 In Indonesia there are a lot of foods ranging from snacks, traditional, and street food which are all delicious and must be tried when you visit Indonesia. This time I will mention some street foods that are very popular. Usually street food is available at night. With a simple and charming appearance but the price is very affordable for all people. From rich or poor can certainly buy it.
1. SATE  picture source by Google.com
Sate is a very popular street food that is loved by the majority of Indonesian people until now. This sate is made from chicken, mutton, and beef. And sate is also widely developed into several types from how to start making or sauce. There are sate made from thick peanut sauce and some are made from runny bean sauce. Padang sate usually uses thick sauce and uses beef. Process to make Sate are : Blend the spice ingredients with a mortar or a blender. If necessary add a little oil to the blender to simplify the crushing process.
Satay: S… 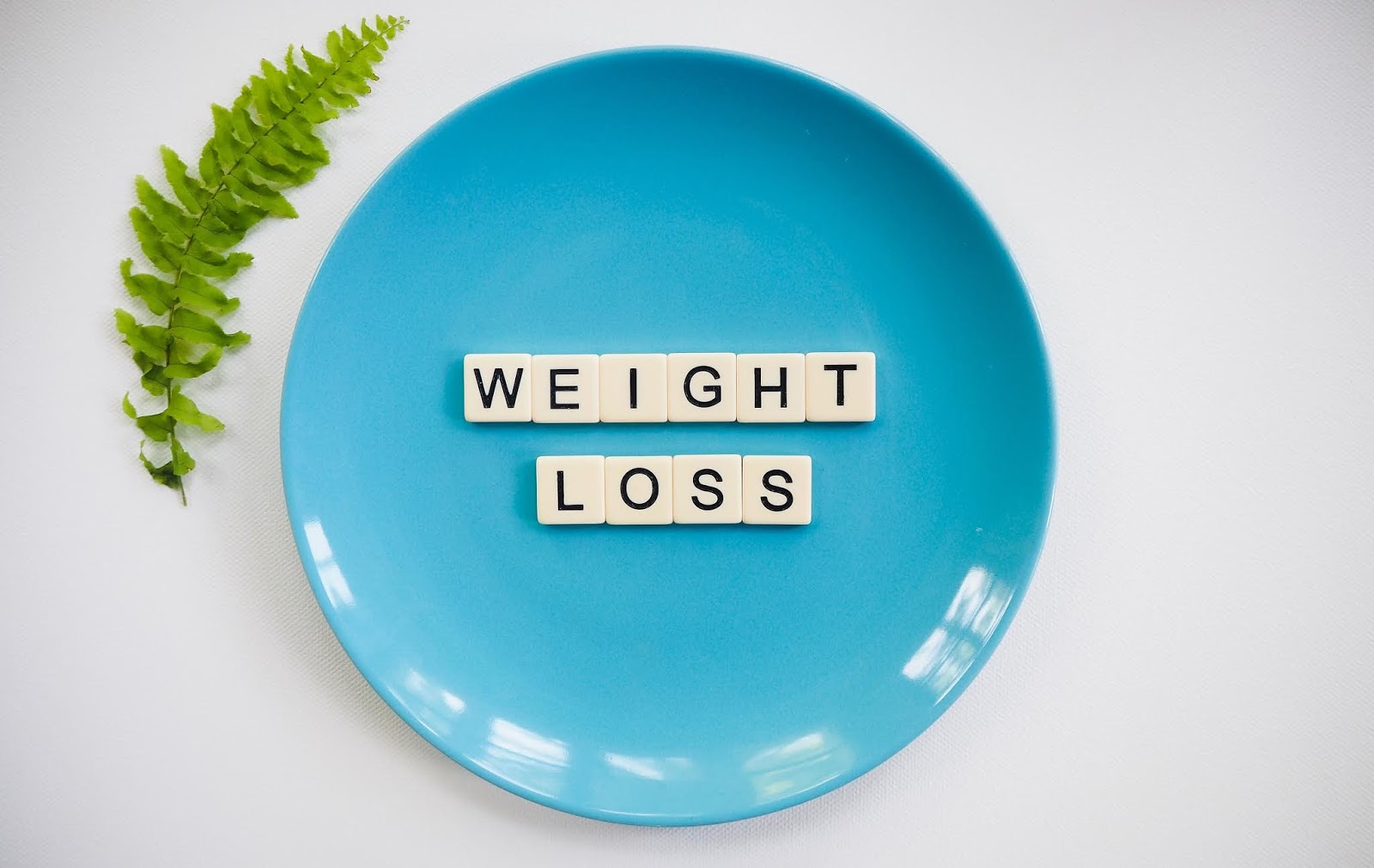 If you accept the analogy that our bodies are like an engine, then it follows that this engine will perform better if it receives the type of fuel that it was designed to run on. In years gone by, before artificially processed and manufactured foods, our bodies normally received the correct nutritional balance every day.

As more and more families saw both the husband and wife holding down jobs outside the home, the dynamics of eating, exercise and nutrition began to change. "Convenience" and "fast foods" became the norm, and farms were gradually replaced by processing plants. Today, the average meal is so laden with artificial preservatives and saturated fat that our bodies are starving for the ingredients that they need, and overflowing with the ingredients that they don't need.

This nutritional imbalance manifests itself through weight problems, skin problems, tiredness, disease, and overall poor health.  Although this problem has re…